Hollee and I spent the better part of three hours playtesting a pair of decks I put together using mainly cards from Frostmere, a set I'm designing.

Here are a few highlights from the first of the two decks:

Deck 1 - Hollee:  Since Hollee enjoys playing Green/White, I made her a Selesnya deck focusing of the Snowfall mechanic.  Here are a few key cards: 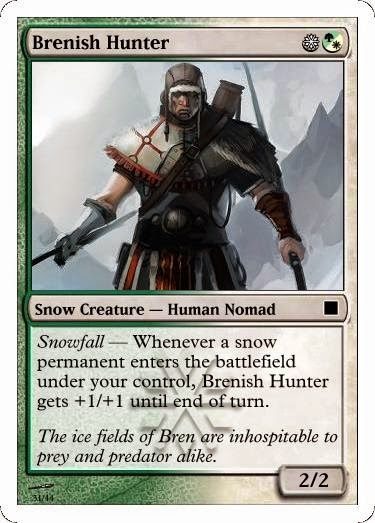 Brenish Hunter is the cornerstone of a good landfall deck in limited environments. When his ability triggers more than once a turn, he gets really mean. 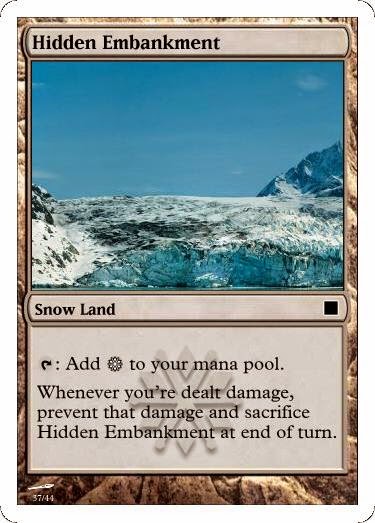 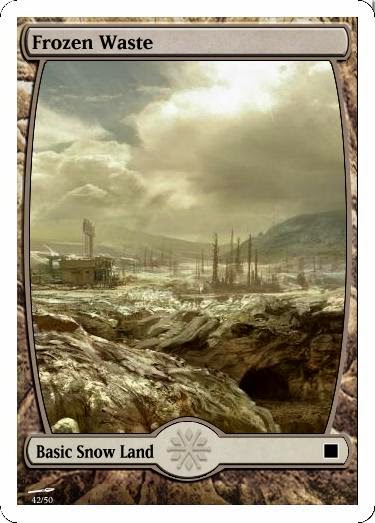 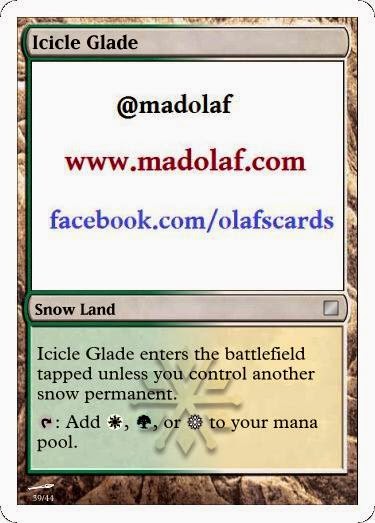 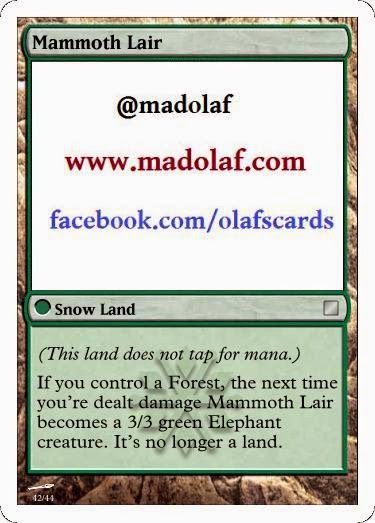 This is the core of snow lands.  If you're familiar with how snow mana works, the main rule is -- Whenever you get mana from a snow permanent, that mana has the snow supertype.  In other words, you can use it for any costs that require snow mana.  To alleviate some of this confusion, I've added it as an option on each snow land that can produce mana in Frostmere.

Side note, all of these lands besides the Basic land changed from when we first started playtesting.  Hidden Embankment didn't tap for mana, and the Icicle Glade had a useless ability word, Frigid.  Frigid was supposed to read -- This enters the battlefield tapped unless you control another snow permanent.  I only ever put it on the two color lands, and it seemed unnecessary, so I removed it. The Mammoth Lair had a triggered ability to sacrifice it and put a token into play, but this version just feels better. 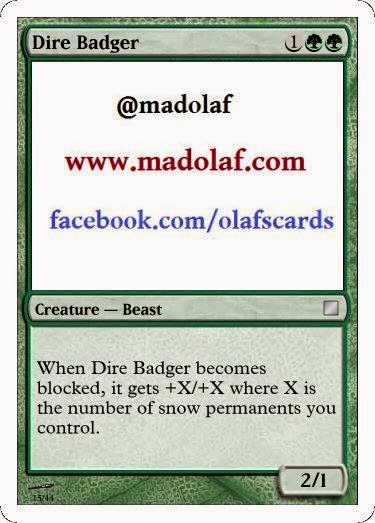 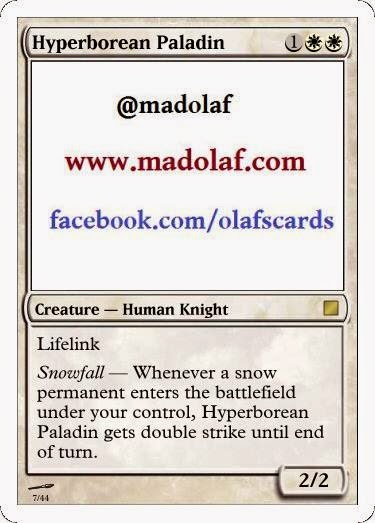 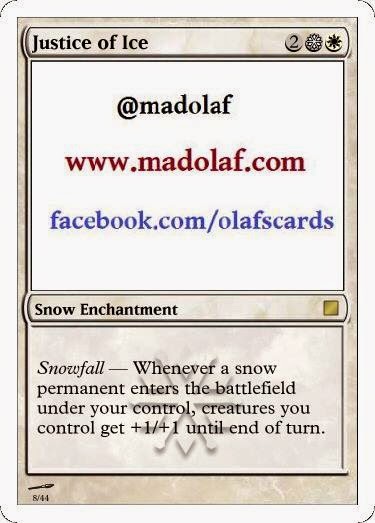 One other card worth mentioning is Justice of Ice.  This is part of a rare cycle of Snow Enchantments that have a Snowfall bonus.  This one  works really well with Brenish Hunter and is also cray in multiples.  A limited powerhouse, for sure.  This was costed at 1W originally, and it was WAAAYY to cheap, so I fixed it.