The Color Identity of Snow – Creatures

Figuring out which creatures should be Snow in our set is going to be a bit of a problem. In the entire history of magic there are 29 Snow creatures. Since Snow is going to be a big deal in Frostmere, we're going to need quite a few more than that. To get an idea of what Snow creatures can do, we should look at their history. All but one of these cards were in Coldsnap. The last was a Future Sight card. Looking at these, we see a few themes repeating.

We will keep a few of these conventions, and replace some others. A few rules for our Snow creatures.

First of all, let's make a colorless snow creature. 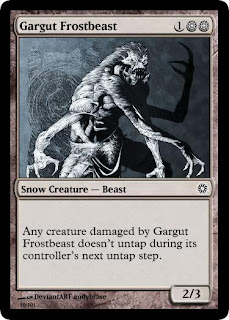 This guy is your basic 2/3 for 3, with a decent ability. Nice and snow. 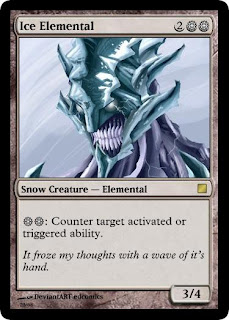 I feel like Snow creatures should generally have toughness higher than power. Now that we have a few colorless snow guys let's try something a bit different. Since so is so pervasive on this plane, it influences all colors of mana. Here are some examples: 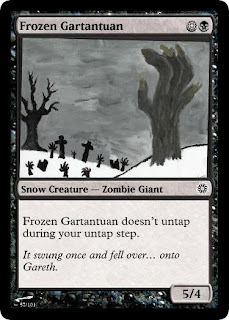 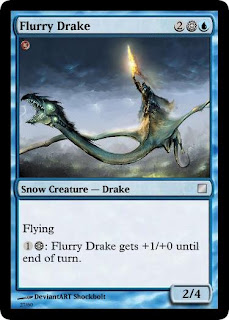 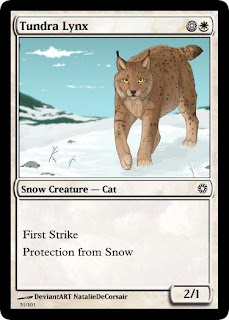 Now that you have an idea of what kinds of creatures we'll be seeing in this set, feel free to design a few and post them here.

Here's a sneak peek at a few things we will see in this set:

Next Friday's post will be about Enchantments and Snow.